In an article in The Times published on April 20th 2013, journalist Oliver Moody reported on the opening up of the archives of one of the UK’s most famous high-street retailers, Marks and Spencer. Of special interest was the description of how, in the decades following the end of the Second World War, Marks and Spencer introduced new foods, often to bemused, suspicious, and culinary conservative consumers. Looking at some of the foods mentioned, the piece could have been describing James Bond’s typical diet, which serves to remind us just how unfamiliar and exotic Bond’s food was to the early readers of Ian Fleming’s novels.

One of the items that consumers had particular trouble with was the avocado, or the ‘avocado pear’. The fruit was introduced into Marks and Spencer’s stores in 1959, six years after Fleming described James Bond eating an avocado in Casino Royale (1953). In the intervening time, avocados remained a rarity, and so when they appeared on the stores’ shelves, naturally consumers were confused about how to eat them. According to Marks and Spencer records, consumers routinely attempted to eat avocados as a dessert fruit. Apparently one lady stewed the fruit and served it with custard. (That’s not to say that the avocado can never be used as a dessert fruit, avocado fool, a preparation made with blended fruit, cream, icing sugar and lemon juice, being a perfectly good exception).

If only consumers had turned to Fleming for guidance. Admittedly, in Casino Royale (chapter 8), Bond eats half an avocado as a dessert to accompany Vesper Lynd’s strawberries and cream, but at least the preparation – the avocado is served with a little French dressing – is correct. And in Live and Let Die (1954), Quarrel serves Bond and Solitaire an ‘avocado pear salad’, which we know is intended as a savoury course, because for dessert guavas and coconut cream is on the menu (chapter 23).

Returning to the Times‘ piece, Oliver Moody lists spaghetti Bolognese, hamburgers and prawns as some of the items that began to find a regular place on the British dinner tables during the 1960s and 70s, items with which James Bond was again already familiar. In New York Bond enjoys a ‘flat beef Hamburger’ (Live and Let Die, chapter 1), and lunch with Goldfinger includes a prawn – well, shrimp – curry as a first course (Goldfinger (1959), chapter 11). And in Thunderball (1961, chapter 4), while recuperating at Shrublands health farm, Bond fantasises about eating ‘a large dish of Spaghetti Bolognese containing plenty of chopped garlic’. No doubt the reference reflected Fleming’s own tastes, and during 1960 Fleming became something of a connoisseur of Italian food. Describing his visit to Naples in June that year in his Sunday Times’ ‘Thrilling Cities’ series, Fleming recommended the local speciality, spaghetti alla vongole, although a postcard written by Fleming and his wife Ann to Evelyn Waugh mentions the “feelthy sphagetti” [sic], with Fleming commenting that he’d prefer Naples to London “if the food were better”.

Today, Bond’s diet seems mundane, old-fashioned, even. Much of the food that Bond consumes that was once exotic and exciting is now commonplace, and indeed in Britain has long been incorporated into the national culinary identity. Retailers, such as Marks and Spencer, along with the growth of foreign travel, have played a significant role in this transformation, but James Bond was responsible in part, at least, for introducing the idea of the food to a public emerging from the restrictions and austerity of the 1940s and 50s. As Fleming said, “My contribution to the art of thriller writing has been to attempt the total stimulation of the reader all the through, even to his taste buds.”

One thought on “James Bond introduces the avocado pear” 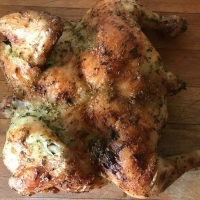 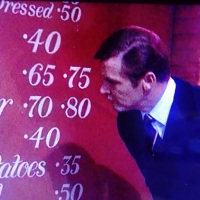